It is exactly one year ago today that my friend Guillermo Rodriguez passed in my arms. In fact, this may have been the time too. It was definitely a strange day. We were meeting with the mayor of the town Caicedonia to discuss development projects. Guillermo was an amazing person. He was a chemist and a physicist. He was born in Armenia, Colombia (where I worked with him) but spent many years in the states.Amazingly he studied in Rockford, IL and then went on to work at a nuclear power plant and then the particle accelerator at Zion, in 1981-82 (see Vitae)

He had worked various jobs, chemist professor, the particle accelerator in Illinois and even started his own Bees wax bleaching business in Florida. Apparently is was incredibly successful, starting in his kitchen and then on to making millions. This was until hurricane Andrew wiped out the bees, I guess in 1995 or so.

In 2008 Guillermo returned to Colombia to be with his aging mother. I met him first via the phone when my wife heard him speak about inventing and entrepreneurship in Armenia. Martha was sure we would hit it off.

When I came back to Armenia a couple months after we talked on the phone, I got to know Guillermo very well. We worked as partners for 10 months. He could produce over 2000 products. Incredible things, such as 90 different kinds of soaps, 8 different kinds of "solid" alcohol, biodiesel from used cooking oil, an x-ray mirror, precious stones, etc., etc.

I was helping him with trying to get support to create a few different factories. The most prominent was to create an oil recycling, or cleaning plant. He could clean, to brand new specifications, used oil for $0.25/gallon. We had also put together plans for his biodiesel plant, and he also had interests to build a plant to recycle used tires.

Even though what Guillermo claimed seemed incredible, unbelievable, everything he said he could do he would produce. Some days he would tell me he could make something in a new way, go back to his kitchen in his apartment and then the next day there the product would be.

He did this one day with 4 natural herbicides. We had been visiting a coffee farmer who was complaining about Round-up, costs, etc., and Guillermo said "I can make 7 different kinds of herbicides that are not toxic". The next day he showed up with 4 spray bottles to do a test on some plots for the farmer. About 4 days later we heard from the farmer saying they all worked.

It was a very strange day one year ago. I was honored to know and work with Guillermo. We went through very challenging times together as he never did get someone to come forth to support his ideas that literally could have changed the world.

The last thing he said to the mayor was "I don´t want to die before I bring my ideas to the world". After he said this, I was telling the mayor how my wife, Mario, myself and Guillermo were there to be of Service, I put my hand on Guillermo´s shoulder and he collapsed. We rushed him to the car as fast as we could. The hospital was only a few minutes away.

Our friend Mario was holding Guillermo, and I had him in my arms telling him to stay with us. I heard his last breath a minute or two after we got into the car.

He was only 63. But he had a full life. I didn´t expect him to pass of heart failure because he seemed so healthy. He walked everywhere. Well, in any case, I know Guillermo is on to grander adventures. It was great to be a part of his life. He taught me important lessons. Maybe some day I will dream and he will send me some of his formulas.

In any case, my aim is to continue to do the work that we were working on - to help people be free. To help people have clean water and energy. To make the world a place where we can all Share in the interests of a happy world.

It is strange to think that last year we woke up with a friend and by about noon he had left for other worlds.

Take care Guillermo, and likely we will meet again.
Andy 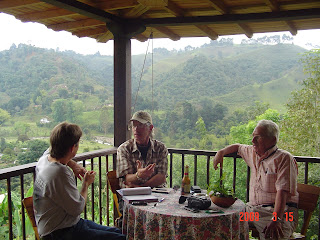 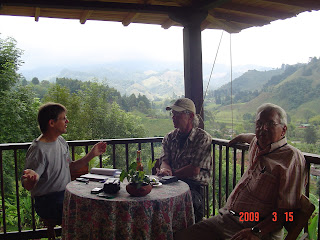 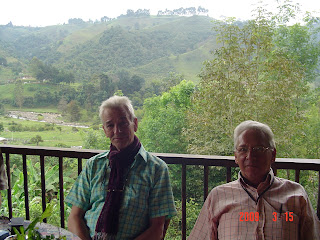 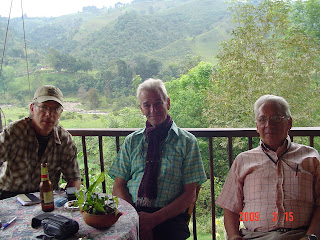 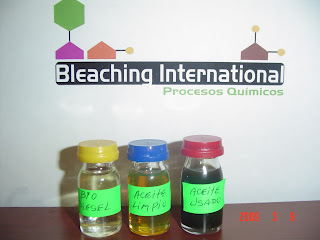 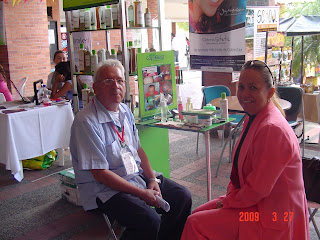 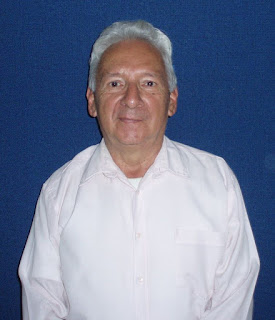