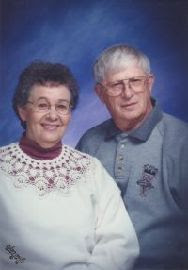 Today I have a very special sharing. It is from my brother Mark - who wrote and shared this piece at our Mother´s memorial service Sept. 11, 2004. There isn´t much more to share except the incredibly beautiful message.


Mark’s talk at the Memorial Service

When Mom asked me to write something spiritual for her memorial I knew I would focus on what came after—on what her journey might be. But we are still here in this world and just the other day it hit me: for about the twelfth time I wanted to call and ask her the proper way to make beef roast. And she was no longer there to ask.

It is one of the unfortunate aspects of the human condition that you never know how much you love someone until they are gone. I miss her so.

But her last years were calm and peaceful and almost carefree. She found the joy of a multitude of books and they took her to worlds she couldn’t go to for herself. Dad is the one who gets nearly sole credit for making these last peaceful years a reality for her. And I am asking all his friends and family to help him find ways to fill in the great gulf that has been left by her passing and to find joys for himself.

And now we turn to what came after.

Up and Out, Beyond and Back

Her time was close,
she knew it sure
and yes a little fear
But family close
that she could feel.
That she could hear
and know them all,
yes those so far away.
They gave her solace, hope and ease.
Their love began to lift her high
With one last push it was up and out.
The colors swirled around her now
The purple of passion The blue of the sad
The green of regret the yellow of joy.
These colors they swirled and swirled and swirled
A tunnel was formed before.
It was not dark but silver grey
Along this way she slowly passed
Before her now she saw it clear
The white light beckoning
She’d seen it before and back she drew
Afraid of what’s to come
But gentle hands they took her arms
And led her through the light.

To her surprise She found herself seated on a finely carved bench. A soft mist was all around her and it gave her comfort and warmth and drove away the fear. Her guides who she knew but did not know caressed her shoulders, mind and heart.
“They will come soon,” they said and drew away.

Slowly the mist began to drift away and she saw a vast open meadow surrounded by tall trees of many and varied colors and shapes. She took great delight in this and she felt the joy well up inside her. And then she pondered. Had she ever felt pain before or was pain just an illusion?

The mist closed in around her once more and it was soft and warm.

And then they were there, Laurie, and Helen and Anna and Butch. A joy took her that she could not describe but soon this was followed by something else and she remembered things she did not wish to remember in this place.

Questions hard as steel rose into the air and hung there demanding to be answered. ”How could you? Why? Why did this have to be? Why did you go away?”

But the answers came fast and quick and complete. A spiritual, cosmic sense of all that had gone before, the reasons, the mystery that lingered behind every event was now at her command.

And the hard of that steel dissolved like a fog in the summer sun and all, yes all was understood in the light of true and complete understanding.

They lingered a day, a year, an age. No question was left unspoken and no answer was left unsaid. And in the end she knew all of what had happened and mostly importantly why. And all was joy and love and laughter once again.

“We will leave you awhile now but not for long.” They said.

The mist closed around her once more and before her appeared a beautiful tapestry. It was hers. Her life, her loves, her struggles all were woven into this work, and the knowing of the many lives she knew. Each image or symbol was an event, a person, a feeling. All were connected in lines and circles and love. All she had to do was put her finger on an image or a symbol and she understood. She laughed with joy. It was all so complex, yet so, so simple and in the end it was only beautiful. There was no other way to see it. It was.

Then through the mist the elders joined her once again.
“It’s time to play.” They said and smiled.

She rode a comet among the stars and gasped at the wonders that she saw. She swam in a thousand oceans, of a thousand colors, of a thousand worlds, with a thousand people and strange creatures she had never dreamed before—or had she?

She sang in a celestial choir just one of a multitude of voices. And she sang solo while an entire world gazed in wonder, enthralled by the power and beauty of her voice.

And the colors that she saw. Pink trees and purple rivers and mountains of all gold. The worlds she saw were unnumbered but all were strange and beautiful and real.

She held the universe in her hand and saw it as it was--a living breathing thing. And she played golf with an electron as a ball, and did it just for fun. “Hole in one!” she shouted with glee as a nucleus burst apart.

And last she rode a unicorn along a rainbow that stretched a thousand miles. And she found the pot of gold. As she peered inside she found to her delight that the gold inside was Love—yes merely, just merely love. She left the pot, the pot of gold, for someone else less fortunate. For in Love--both within and without she was wealthy beyond all count.

But then in time she began to still and her spirit calmed and became quiet once more.

She found herself on the same bench and the warm mist closed about her once more. She saw before her a small blue/green planet on the edge of a galaxy and it drew close before her. She balanced it on her finger as she watched it slowly revolve. It was such a pretty little thing.