Poris - Will to Live - Bogota 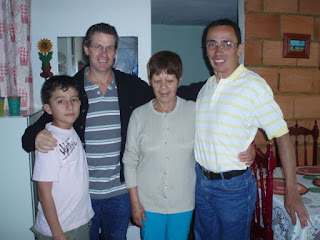 The Will to Live

I had the great fortune to meet an incredibly courageous man last week. His name is Poris and he is my ex-wife Martha’s cousin.

Poris experienced an incredibly traumatic accident in about 1992. He was hit by a car in Bogota, Colombia. The place where he was thrown was in water where he laid for a few hours with no assistance. Water seeped into his head. Several bones were broken in numerous places. His brain had been saturated with water.

Arriving at the hospital he stayed in a coma for about ninety days. When he came out of the coma the doctors told him he would never walk or talk again because of brain damage from the water on the brain.

Poris decided not to believe what the doctor’s told him. Of course he recognized that damage had been done but he decided that their diagnosis would not determine his fate. Martha, provided Poris with inspirational books such as Louise Hay (You Can Heal Your Life) Wayne Dyer (Your Erroneous Zones) and others. Even though it was an incredibly arduous process because the brain damage affected his eyesight, he made up his mind not to give up.

In order to accomplish certain goals, such as re-learning to ride a bike, even before he was walking again, Poris bought a bike. He made up his mind to ride again. Today Poris rides a bike. He exercises every day like clockwork.

I met Poris when we traveled to Bogota, a huge city, to pick up my Visa to stay in the country. It is one of the most complex cities that I have ever driven in. And I have driven in many since I was a professional driver (part-time) for 30 years. Poris was guiding us. For nearly 14 hours looking for places for our daughter Juliana to live while in college, Poris patiently told us directions. He was supposed to be a vegetable, according to doctors.

I found that I was incredibly touched by this man, and his demonstration of courage. His presence and energy were very calming. He lives and demonstrates incredible patience. His humor is quick and humble.

As I asked Martha some questions about the accident and learned the incredible details, that painted a bleak picture for any sort of a “normal” life, I was deeply touched and inspired. I felt some level of embarrassment for my times when I have felt self-pity for some of my challenges. I actually cried as I was driving. Martha said Poris didn’t quite know what to do. To tried to imagine the strength required to face the incredible pain and challenge of building a new body and mind through persistence and dedication and patience. The “miracle man” in the movie The Secret has an incredible story, but so does Poris. How many other, unknown heroes are among us?

The evening of my meeting Poris I read from Albert Schweitzer’s An Anthology. It just so happened I was reading from the chapter “The Will to Live”. Here is one of the quotes:

I Cling to Life
When my will-to-live begins to think, it sees life as a mystery in which I remain by thought. I cling to life because my reverence for life. For, when it begins to think, the will-to-live realizes it is free. It is free to leave life. It is free to choose whether or not to live. This fact is of particular significance for us in this modern age, when there are abundant possibilities for abandoning life, painlessly and without agony. 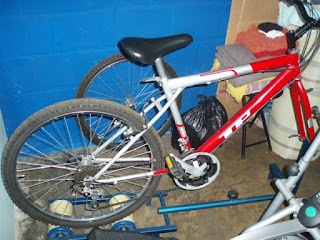 Posted by Andy Skadberg at 3:09 PM No comments: