This post describes the culmination of what appears to be a very powerful demonstration of what pure intent and spirit can accomplish with even a small group of people. Sarah and I have had a progressive set of "actions" that we have been doing over the last two years that I will share at the end of this post.

Here is the invitation that Sarah posted on Facebook inviting a group of people to gather near the Rock Island Arsenal, specifically the old site of Ft. Armstrong. This same site was the location of a very sacred Native American place as described by Chief Blackhawk. It was the home of the "white wing swan man:"

"The Quad Cities, our beautiful home, needs a cleansing from the energies that have brought war and agribusiness as the center of our local economy. It is time for the energies of peace, love, and abundance to be dominant in this region. Let's gather outside the military beast that is the arsenal and meditate on a peaceful economy, one based on love and not fear. We'll meet just outside the arsenal, and send love and light to a new vision for this sacred piece of land. I would like to make this a weekly event.. we can talk more while at the site, I am open to feedback. But let's use the amazing power of our minds, and the unstoppable force of people coming together in love, to bring in a new reality!"

So four of us sat outside the arsenal on Thursday, for about 45 minutes, enjoying nature, breathing consciously, and envisioning and talking about peace for this location, which has been the source of untold deaths around the globe, with the manufacturing of bombs, artillery, tanks, etc.. A barge even went through the locks when we were there, full of dirty coal.. But we were there, and we thought about the possibilities for the land, such as a manufacturing facility for free energy devices, or other products that help people, instead of harm.

And then I see this headline on Saturday, and was kind of bummed.. until I read the article. First paragraph: "the bill includes funding to for the Rock Island Arsenal to help transition the facility into peacetime." Whoa!! I don't know the forces at work, or whether our gathering sent ripples of peace through the cosmos, but it makes me wonder..

So when we do it again, would you care to join our peace brigade? We will just sit and breathe and appreciate and extend compassion and love, amongst the company of friends. Pretty simple. What do you think.. any reply would be appreciated.

Here is the statement I read during our "hearthing" - we also had our Young Living essential oils with us.

"Thank you for abundance and prosperity now!

The Rock Island Arsenal is converted to a manufacturing facility of free energy technologies and other devices for revitalizing and empowering communities and individuals to create happy lives.

People's basic needs are all taken care of as described in HOME Communities which frees their energy for their own, unique creative expression."

The 2014 defense appropriations bill that passed the Senate Defense Appropriations Sub-Committee on Thursday contains $150 million to be distributed among the Rock Island Arsenal and arsenals in Arkansas and New York, according to the office of U.S. Sen. Dick Durbin, D-Ill.

The workload at the Rock Island Arsenal's Joint Manufacturing and Technology Center has dwindled because of the end of the war in Iraq and the winding down of the war in Afghanistan.This has forced the Arsenal to charge above-market rates for manufacturing services offered to private companies, Sen. Durbin said at a Friday news conference in Rock Island.

The $150 million in funding would be used to "maintain stable, low rates while covering overhead," he said.

Partnerships with private firms are viewed as a way of maintaining the Arsenal's workforce as war-generated demand declines.The Arsenal also is facing challenges from the spending cutbacks known as the sequester that were triggered when Congress could not agree on a bipartisan deficit reduction plan.

During the past 12 months, hundreds of positions have been cut through attrition at the Arsenal. East Moline Mayor John Thodos, who chairs the Rock Island Arsenal Development Group, also said between 40 and 50 private contractor jobs recently were lost because of the sequester.

The development group works to help lease Arsenal space to private companies. But Mayor Thodos said business had been hurt by the sequester.

Sen. Durbin, who chairs the Senate Defense Appropriations Sub-Committee, said Friday he will use his position to advocate for the Arsenal.The 2014 defense appropriations bill he helped author -- along with Sen. Mark Kirk, R-Ill. -- contains defense spending of $594 billion.

In addition to the $150 million for the arsenals, the Senate bill also would direct the Secretary of the Army to assign the Joint Manufacturing and Technology Center "enough work to sustain its critical skills." The bill has yet to be called for a vote in the Senate, with Sen. Durbin saying such a vote is expected in September.

The House version of the bill has $598.3 billion in spending.

Soon I will be posting the other little activities that have happened in the last two years since I learned that I was now living near the location of the largest arsenal in the world.
Posted by Andy Skadberg at 2:41 PM No comments: 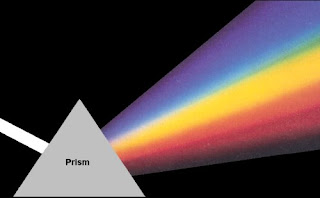 Inclusive, breath consciousness has been realized down the path of exclusion

What is required is through Conscious Deep Breathing, experience, feel, know - inclusion

The happens One Conscious Deep breath at a time

Diversity has been experienced down the path of exclusion

Appreciation of diversity is realized, experienced through inclusion
Posted by Andy Skadberg at 1:27 PM No comments: