Is There a Lack of Energy

This is another in a series of blogs about energy, scarcity, the "seeming" paradox of existence - which is not possible, except from a dualistic perspective. Dualism falls apart at all levels. There is a thing called the "Law of One" - it was best explained in a powerful series of messages brought in by the L/L Research group in 1981. If you haven´t read the series, I highly recommend that all light workers, wayshowers, wanderers, starseeds do.

The messenger for the Law of One was Ra (yes, the being from Egypt that built the pyramids).

Other of my blog posts that contribute to my sharing this information is varied and extensive. It goes all the way back to my "fool on the hill" in 1979 experience where I realized that I was the eyes of God. You can read about this in my blog entitled "Thirty Years to Tell This Story"

This saga has continued in various forms over the years. Bits and pieces of awareness, contemplations, such as there is no scarcity, there is no replication of anything in the cosmos, not even a quark - much less a blade of grass, or especially a human being.

We must step out of the scarcity mentality. It, as expressed in the monetary systems of the world, seems to me to be the greatest creator of fear - but it is only an illusion. There is no scarcity of energy.

Other posts today shows how the magic show has been performed - and this is not about conspiracy theory. In my personal experience, as a person who recovered from drug and alcohol abuse many years ago, at some point we have to see the "show", the drama and the trauma and our position in the center of the storm, and view the situation with clarity, and then we can just walk away. That is the opportunity I see us facing as a collective.

I could go on and on about this, talking about my work with the hyperspectral sensor, and how I realized the light was intelligent, containing DNA, etc., etc. but I don´t want to bore folks. I will likely post another blog that I wrote a couple years back entitled the "The Paradox of Technology".

So, without further ado, here are some images and questions to consider in regards to whether or not there really is a scarcity of energy, which is what "money" represents.

Take time to notice the information provided on the image below, and be sure to ponder the questions. 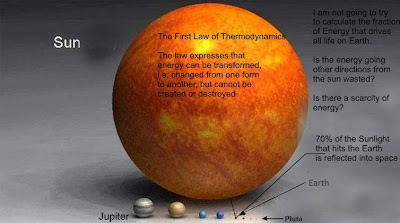 Now we have all heard that the sun is a relatively medium to small star, but how does that look? 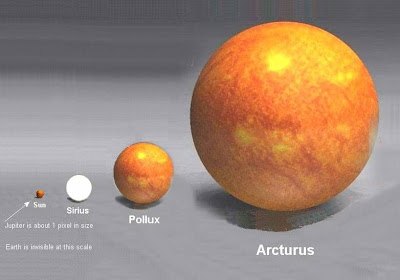 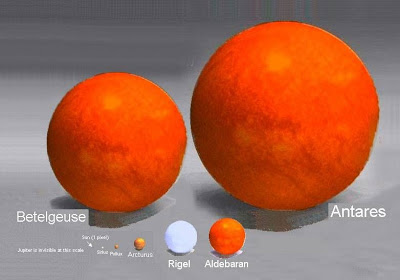 Ok, now let´s take this to another level. The Andromeda Galaxy reportedly has 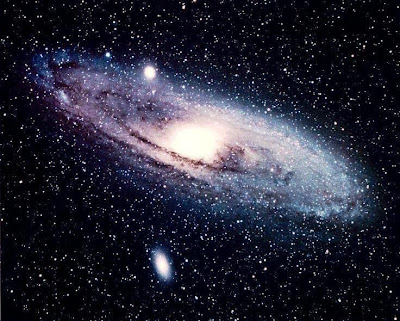 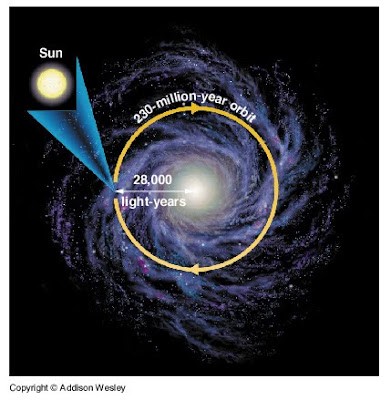 Now, as we try to imagine the scale of "lack of scarcity of energy" in the Universe (not to get into the idea of infinite, or multiple parallel universes, etc., etc.), just consider what we have observed with our little Hubble telescope.

Images from the Hubble from the darkest place in the sky have revealed the following types of images. Darkest in the sense that it took an extended exposure to capture the light in order for the image to be seen. The following is an example. 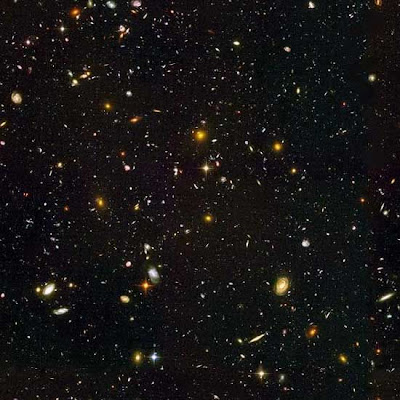 Now, at first we might think that these are stars - but this is not the case, most of these are galaxies, each possibly containing hundreds of billions of stars, or more, like Andromeda

Below is a close-up of the darkest parts of the image above. 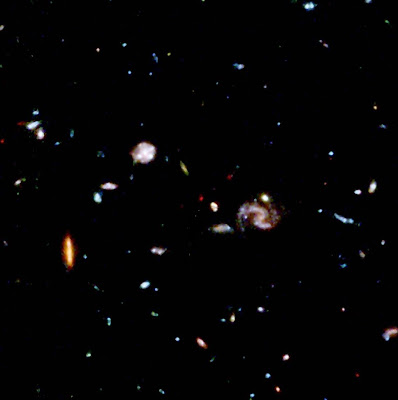 Now, for myself, I have a difficult time envisioning what a trillion of anything looks like. Well, I have just the thing, to begin to consider this, simply with 100 dollar bills. Of course, this is a far stretch from the imagining of stars, each with solar systems that would each contain many planets like we have in ours.

Take a look at this interesting presentation about what a trillion dollars looks like.
http://www.pagetutor.com/trillion/index.html

So what does this all mean? I don´t know. Just something to ponder, as we get told every day that there "is not enough to go around". Everything is made of energy, including you and me. So what does that mean?

Where do we fit in? If our thoughts create, then what are we thinking about - the illusion of scarcity, or something else? We are One with the One - we are co-creators. We have been invited to observe, experience, feel, love with the abundance that is supplied in and through us. We are Love embodied as expressions of the divinity that abounds.

What a wonderful cosmos. I am focusing on appreciating the beauty that surrounds me. In nature, in butterflies, in the weeds, but more importantly now is to realize that all I am seeing outside of myself is being reflected from inside, or is generated inside - I guess probably both - I don´t know for sure.

My heart and my breath are what are inviting this new perspective. If you haven´t discovered your breath, I suggest you spend some time with it. I have a wonderful mentor Desmond Green who has been patiently assisting me to realize that the one thing I can depend on, when my head or fears run away with me, is my breath.I thank you dear brothers and sisters for all that you bring to me each day. Even though we haven´t met, in person at least in this incarnation, you provide me sustenance as I continue on this roller coaster that some have been calling ascension. The other day my dear friend Desmond (the breathing meister) came up with the term "incension" - it is important to go in.

All the Best,
Andy
Posted by Andy Skadberg at 5:12 AM